For years, my third place was Stone Mountain Airport.  When the Summer Olympics came through and closed the airport, we moved the EAA hanger to Lawrenceville (LZU) and we hung out there for quite a while.  After I started to stay home with my children, my third place was indeed church - and it was a real shift for me - I entered into an identity crisis of sorts.  But that's a story for another time.

When I went to seminary, the seminary fulfilled the third place needs - however as an older student and one that commuted in, it was not complete.  I started to blog and use chatrooms.  That's where my true third place came in.  I frequented Real Live Preacher's chatroom and community formed.  That was good for a while - maybe two years.  Then the community dissolved and I began to use Second Life, where another group of people coalesced into community.  However, my participation in this medium was disruptive to my family and I became discouraged in finding funding for a UM mission and I began to drift into Facebook.

Facebook, Twitter and other social mediums are now my third place.  I do yearn for more face to face interaction.  It's not perfect.

Posted by Theresa Coleman at 11:30 AM No comments:


Since Oldenburg’s writings, there are people in the computer and internet industry that have declared that third places are observed or shifting to the virtual world or virtual third places[3]. This descriptive practice is easily adopted because of the similarities in descriptive characteristics found between the virtual and physical worlds. It is possible that there are some interesting notions in relation to the transitional sequences or observed phenomena, which have occurred in the evolutionary focus in social life.
In combination with the Industrial Revolution and as media transitioned from the public space to the more comfortable roles inside our homes there was a large shift away from public activities because they could be enjoyed within the confines of one’s home. With the advent of online technologies these virtual third places have been observed in online communities and multi-player gaming. The characteristics observed in these communities vary from their physical application but meet the context of personalization, permeability, approachability, and comfortability.

Thinking about Third Places again - I believe that for most people reading this, their Third Place is virtual - the internet and social media. Sociologically, I don't know how this is going to impact people. There is very little face to face interaction; it's not incarnational. Are we substituting real human interaction with something that just should be a tool?

I do many things online: I socialize online, I have a study group online, I correspond with people I don't know in real life as "friends" everyday, I do most of my shopping online.  I really do LIVE online.  When the power goes out, it's a shock to my system - I have to refocus.  I get bored.

Maybe I need to do less online.  It's so pervasive in my life, going offline would be difficult.  My children are more plugged in than I am.  When I cut the internet off, it cuts off most of their social ties.  We are significantly changing the landscape of social interaction without knowing where we are going.  I remember part of Isaac Asimov's "Foundation" series deals with this and his robot societies.  I do wonder what it is going to mean.
Posted by Theresa Coleman at 10:24 AM No comments:

I've been thinking about third places.  Not home or work, but that place that you go for community.  For some, it's the church.  For others it's a club: the Experimental Aircraft Association, the Radio Club, the Masons, the Quilting Club.

Some people don't even have a third place, instead using either home or work as their all in all - homebodies and workaholics.

I've had many third places in my life: the Baptist Student Union in college, the EAA after I got married, the karate studio among others.  Currently I don't have a third place - I have home/work/church all sort of smushed into one.  It's happened very naturally as I live and work just a dozen feet away - and I work at the church.  It lends for a sort of sameness throughout the day; something I need to be intentional in breaking up with going to Curves and visiting out and about in the community.  I probably need to research a group of people in this area that would have  common interest as I do - scrapbooking maybe?  I probably need to do this for my own health, but as with other things, it's been placed on the "later" shelf.

And I've been wondering about church REALLY being the third place for people.  I wonder if that's a myth that us churchy types have told ourselves.  I think maybe 100 years ago in England the pub was really people's third place - or a social club or a quilting circle.  I read Dickens, Jane Austen - I read more current authors, I watch TV.  Church was not as central to life as people make it out to be.  Even in the 1950's with "Father Knows Best" and "Leave It to Beaver," church is mentioned as a peripheral activity at best.  When the church or ministers are mentioned or portrayed, it is often times in a comedic role. Especially when a minister gets up to preach.

And I think about the picture above - how we do school, work, church.  It's not a linear thing anymore.  Schools are grouping kids into small groups for discovery type learning activities.  Industries are looking for cooperative creativity.  What would this look like for church?  If we are indeed to be a third place, we are going to have to change radically.  People don't want to be lectured at anymore - what is this going to mean for preaching?
Posted by Theresa Coleman at 12:52 PM No comments:

Project Order from Chaos - Photographs - In which I overthink 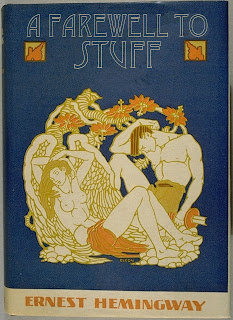 James Frazier in his book "The Golden Bough" looked deeply at religion, mythology and magic. In the third chapter, he examines sympathetic magic and in this chapter he discusses homeopathic magic which is founded on the association of ideas by similarity and also contagious magic which is founded on the association of ideas by contiguity.  He posits that magic works because
I'm reading the book "Stuff: Compulsive Hoarding and the Meaning of Things" by Prof. Gail Steketee Ph.D. and Prof. Randy Frost Ph.D.  In the first chapter of their book they refer to James Frazier's ideas of homeopathy and contagion in reference not to sympathetic magic, but to ideas of the value of an object and ownership. Certain items have value because they have been owned by famous people.  In the book “Stuff,” they use for their example a shirt owned by Seinfeld.  In an episode of “NCIS: Los Angles” that I just watched, the head of the team, Hettie, was upset that Deeks had used a blanket out of her office.  To Deeks, it was a smelly old blanket.  To Hettie, it was a tapestry that had hung in Mozart’s home.  The value was in the story.  When the story is not known or lost, the item loses value.
Photographs do not gather their value because of this idea of homeopathy (the item being an actual part of them or similar to a part of the person) but they are more than just contagious.  Yes, this photo might have value because my grandmother handled it, but it's more than just that.  This photo is almost an icon in the traditional sense as in "a symbol resembling or analogous to the thing it represents."[1]  And yet, of course, this is not a real physical part of their body, like hair or nails or teeth and it’s not “similar” to their physical presence in a literal sense, but it does represent the person or place that has been photographed.
I think that’s why I get stuck on the photographs of my family.  I value them because they are iconic in their nature.  I value items that my family “made with their own hands”: the afghan that my mother crocheted, the sampler that Bill’s mother made, the china that his grandmother decorated.  It’s more than just “I value this because they owned it” but more of “I value this because they placed their life energy into making this item.”  Of course, when the story is lost, value is lost.
However, I think pictures are different.  I hate that I have lost the story behind so many of the pictures that I own.  But I still value them because the people I somehow recognize as being part of me.  I see familiar looking features and familiar looking furniture in the pictures.
So I scrapbook and place them carefully in acid-free boxes where no doubt they will stay until someone who does not recognize the ghosts throws them away.  I surround myself with them; I insulate.  I comfort myself thinking that the stories aren't really lost and I document what little I can remember.  It's what I can do.
[1] Collins English Dictionary – Complete and Unabridged © HarperCollins Publishers 1991, 1994, 1998, 2000, 2003
Posted by Theresa Coleman at 1:33 PM No comments: