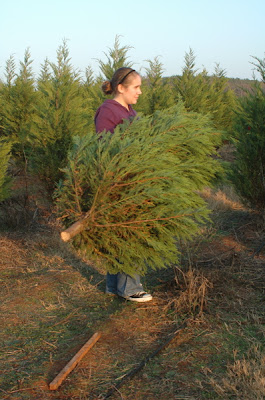 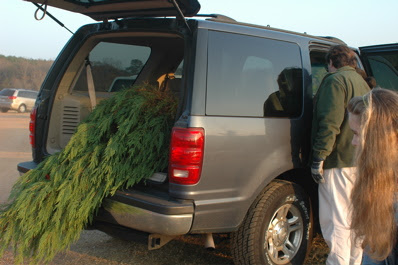 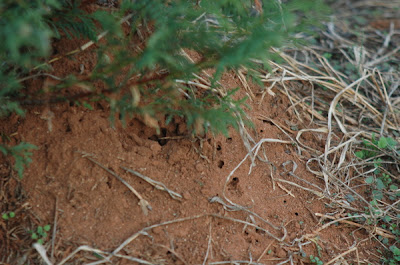 Every year for the past decade or so, we've cut our own Christmas tree. There's a Christmas tree farm just down the road a bit -- it's not a traditional looking tree. We usually get a Leland Cypress which is a little "yellow" for a Christmas tree, but they grow really well here and don't shed needles. AND I'm not allergic to them.

The trees were very sad looking this year. The drought means that they were not able to irrigate and most had patches of brown. The didn't grow as tall and so were cutting shorter trees. There were a lot of people who "passed" this year and purchased imported trees -- all of this adds up to the fact that the people who own the tree farm did not do well this Christmas. I don't know that there were but half the people who usually come and they had cut the prices on the tress to half what they usually are, because of the stunted growth and brown patches. There are so many industries that have been hard hit by this drought. With the depression in our housing market and agriculture getting hit so hard, many people around here are having problems making ends meet.

Posted by Theresa Coleman at 8:52 AM

Email ThisBlogThis!Share to TwitterShare to FacebookShare to Pinterest
Labels: Photographs